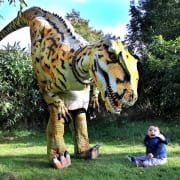 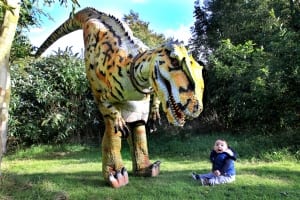 The Midlands Science Festival will be taking place across the region for people of all ages from November 11th – 18th and promises a full programme of innovative and fun hands-on events. Some of the activities we can look forward to in Westmeath this year include The Exploration Dome; Ireland’s most advanced digital mobile planetarium. The Exploration Dome uses state of 3-D digital projection technology, stunning graphics and computer simulations to explain a wide variety of science subjects such as astronomy and there’s also an under the sea experience. This immersive and exciting experience will be coming to the Gateway Youth Project in Athlone, is suitable for all age groups and each session lasts 30 minutes.

Science Week, which is managed by ‘SFI Discover’ the education and public engagement programme of Science Foundation Ireland, will take science out of the lab and into libraries, theatres, sports clubs and primary school halls, giving people a variety of fun ways to explore and open up a multitude of ideas for a potential future career in science, technology, engineering and maths.

This is the sixth year that a dedicated programme of free Science Week events is being rolled out in the counties of Laois, Offaly, Westmeath and Longford. It will bring together a large number of interested participants including science communicators, performers and researchers, science and technology speakers, science and TY students, mini scientists and the general public from all over the Midlands and beyond.

‘Inventing The Impossible’ is one workshop which is coming to Abbey Road Studios in Athlone and will feature artist Paul Timoney in character as Leonardo da Vinci with his colleague Mona Lisa. This workshop allows participants to meet Leonardo and Mona Lisa who will show them some pages from Leonardo’s notebooks and explain his process, emphasising the relationship between focused observation and free imagination.

‘We are delighted to be heading into our sixth year with the festival and in planning the year’s programme, we have secured some really new and different events and activities as well as bringing back some of the most popular ones from previous years. As always we have partnered with a number of organisations and academia including Athlone Institute of Technology and all Midlands libraries to create opportunities which aim to excite students about science. We will also have high-value science career talks, the return of Mary Ward’s Amazing World of Wonder” which celebrates Ireland scientific heritage and a lunchtime lecture at Athlone Library on painkillers. This is part of a series of bite-sized science talks, where those attending can pop in on their lunch break for some science, free tea and coffee and snacks. You’ll learn something new during your lunch break and we encourage questions and discussion at this event.’

The festival is a real celebration of science and features something for everyone to enjoy. There is plenty planned including “What Happens Next?” by David Featonby who has a particular interest in making science teaching interesting, relevant and fun. This interactive lecture which takes place in Castlepollard Library during Science Week, is suitable for secondary school classes and will feature a series of simple experiments which often have quite unexpected outcomes. Subjects covered include forces, light and reflections, heat transfer and electricity.

Friday, November 16th brings an all about the science of murder, poisonings and terrorism to the Little Theatre in Athlone. Dr Craig Slattery is a toxicologist and science communicator and he will explain the science of poisons. He will be joined by Brian Gibson of Forsenic Science Ireland, who will explore the world of forensics and how it helps solve crimes including murders. Completing this trio is Professor Andrew Silke, who is originally from Athlone and is now based in the UK. He has a background in forensic psychology and criminology. Due to the issues which will be discussed at this event, this event is over 16’s only. A crime scene will be live from 7.30pm with prizes for those who solve the crime using their smart-phone !

‘We have such a wide array of events this year for Westmeath. Another one that we are really excited about is our Dinosaur event with Dale Treadwell of Naturally Wild who is well known for his RTEjr Television slots with Albie the Why Guy and Dustin the Turkey featuring wildlife to be found in Irish back gardens. Dale will be joined by some realistic Cretaceous Creatures on this interactive show and looks forward to meeting as many Dinosaur fans as possible this Science Week in Athlone.’ 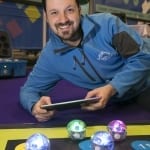 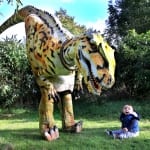