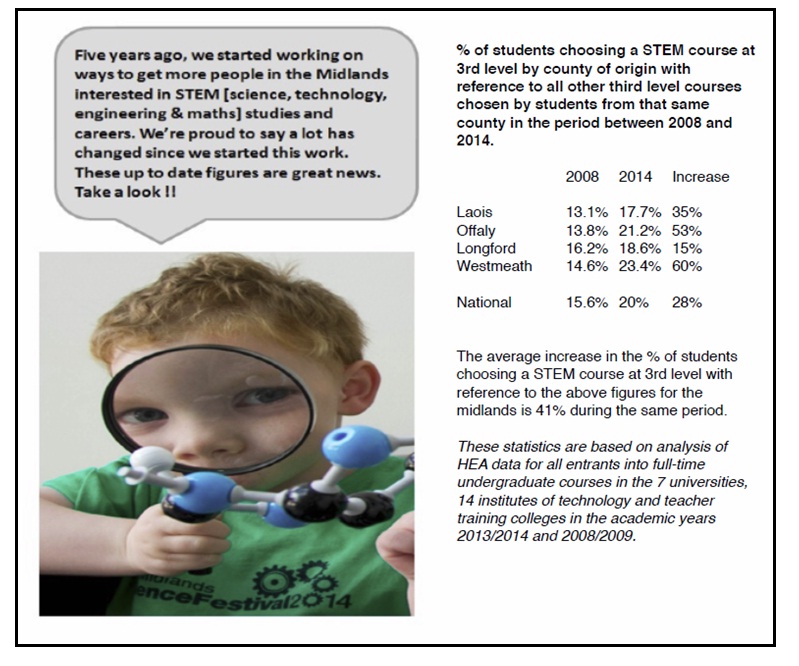 Minister for Foreign Affairs and Trade, Charlie Flanagan, TD, commented:
‘I am delighted at the striking increase in local students seeking to pursue a scientific field. Science and related fields are crucial to building the competitive strength of the midlands and in growing our economy. I commend Atlantic Corridor’s critical work in promoting science education in our schools and higher level institutes across the midlands. The pursuit of excellence in science has particular relevance given my Government’s proposed midlands regional pilot on Action Plan for Jobs. The aim is that the pilot framework for the midlands will serve as a model for other regions and will maximise the potential for job creation in the region.’

Many of the global medical technologies and pharmaceutical companies now have a dedicated presence in Ireland it is critical that we ensure the adequate talent pool is available to them here in the Midlands. A recent report by accountants Grant Thornton concluded that while Ireland continues to outperform its competitors in attracting FDI there are still issues that need to be addressed such as skills shortages within the ICT, science and engineering sectors.