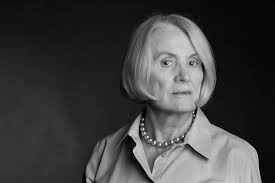 Earlier this year, local development company Atlantic Corridor launched a new diaspora-based framework to help promote economic development across the Midlands counties of Offaly, Westmeath, Laois and Longford. In keeping with its overall strategic aims, the focus going forward will now be placed upon trying to build diaspora and global connections within the scientific and technology community in the main.

The ability to engage globally with scientists who have a connection to Ireland could represent significant potential for the work Atlantic Corridor is already trying to do in partnership with Science Foundation Ireland, Trinity College Dublin and other academic and corporate partners in the Midlands region.

Jackie Gorman, CEO of Atlantic Corridor said,
‘We know that Irish scientists are making vast contributions in all fields of science,technology, engineering and maths on a global scale and we now intend to place a strong focus on sourcing such professionals with a Midlands connection and facilitating introductions to contacts here in order to do something meaningful for home based scientists and in a more coordinated way. Our aim is to grow our network of scientists in order to be able to facilitate discussion and improve the quality and content of events that we roll out throughout the year such as the Midlands Science Festival, which is now heading in to its third year.’

There are many innovative and bright Midlands’ minds who may now be based abroad but this new initiative is a way of ensuring that they stay connected to their home country in a very real and potentially mutually beneficial way. Atlantic Corridor is very fortunate to have the support of one highly successful individual who plans to visit the region next year and assist with the development of this Midlands scientific diaspora.
Dr.Mary Guinan (pho to above) is a physician and scientist who worked for the Centers for Disease Control and Prevention (CDC) in Atlanta, Georgia for 24 years as a medical detective. Mary’s father Michael Guinan was born in Ballycumber, Co. Offaly and Mary is extremely proud of her Irish roots.

Mary Guinan said,
‘My father emigrated to the U.S. and settled in New York City but he always stayed close to his roots and so, I spent a lot of time with my Granny Guinan and other family in Co.Offaly as a child, teenager and adult. I am very interested in assisting in any way that I possibly can to encourage Irish students and young professionals to pursue a career in science. I am happy to share ideas and experiences that may help contribute to both the promotion of science education and economic development in Ireland and the Midlands specifically. It is so important that those who have worked hard and have been successful globally do everything we can to ensure that Ireland’s profile is constantly improving and we can do so by educating and encouraging the next generation to make good career choices and be aware of the many wonderful opportunities both at home and abroad.’

Mary served in the worldwide smallpox eradication program in India and was part of the CDC team that investigated the early AIDS epidemic and her work in AIDS is documented in the book and movie “And the Band Played On” by Randy Shilts. In 1998 Mary was appointed the Nevada State Health Officer. In 2004 she was recruited to University of Nevada, Las Vegas to serve as founding dean of the School of Public Health. In 2008 she was asked to return as State Health Officer to assist in the state’s response to a Hepatitis C outbreak in southern Nevada before retiring in 2014. Her first book “Adventures of a Female Medical Detective” will be published by Johns Hopkins University Press in Spring 2016.

Jackie Gorman continued,
‘We are aware that more than one million people in Georgia for instance, claim Irish or Scots-Irish heritage and this initiative is an ideal way to try to capture some of the expertise and goodwill that may be a very solid, yet currently untapped economic resource. If successful, we would like to see members of this group becoming men tors to Irish students and we would also like to see more being done to highlight the achievements of Irish and Midlands scientists globally. If you have an interest in being involved in the development of this network, please let us know.’

Atlantic Corridor envision a network consisting of representatives from a variety of different scientific backgrounds, all with an interest in connecting back to Ireland and promoting the advancement of ideas and innovation here. Members could hail for example from academia, life sciences and pharmaceutical companies, science policy or communications, science agencies or worldwide science festivals.

Prof Mark Ferguson, Direc tor General, Science Foundation Ireland and Chief Scientific Adviser to the Government of Ireland stated, “Science Foundation Ireland (SFI) and the Government of Ireland are keen to recognise the achievements of those scientists and engineers that have left Ireland but that continue to maintain strong and enduring links with the research and business community at home. SFI seeks to honour this talented cohort in the US specifically through the SFI St. Patrick’s Day Science Medal which is presented annually, by the Taoiseach in Washing ton D.C. during the St. Patrick’s Day Programme. The third year of the competition is now open and SFI is calling on the diaspora community to put forward their colleagues or friends so that their achievements may be formally acknowledged by Irish leadership.”

Further detail criteria are available on the SFI St. Patrick’s Day Science Medal may be viewed at http://www.sfi.ie/international/sfi-st.-patricks-day-science-medal.html 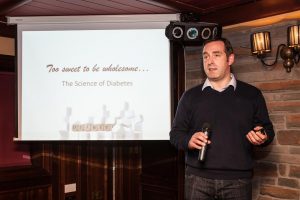 Local teens are not necessarily avoiding science career choices due to the subject being too difficult or not cool enough. It may in fact be the case that they are simply not aware of the multitude of science related jobs there are out there, according to a recent survey of a selection of Midlands schools by the organisers of the Midlands Science Festival.

Jackie Gorman, Festival Direc tor said,
‘While we found enthusiasm for science remains high among students, an overwhelming 95 per cent of those questioned admitted they knew very little about potential career options in science related fields. It was also worth noting that 3 out of 4 students who were surveyed would like science to be taught differently, for it to be more fun and engaging and connected to real life!

The Midlands Science Festival, supported by Science Foundation Ireland, is now heading in to its third year in this region and one of the main objectives of this week-long event is to demonstrate the many exciting career opportunities available within Science, Technology, Engineering and Maths disciplines. The festival team has also recently commenced another new Midlands based project entitled, Science with Inspirational Men tors (SWIM) which places a strong emphasis on men toring from role models and champions from those in the science education and corporate sec tors. The project, also supported by Science Foundation Ireland, complements the national Smart Futures programme.

Prof Mark Ferguson, Direc tor General of Science Foundation Ireland and Chief Scientific Adviser to the Government stated, “It is vitally important for students to have events like the Midlands Festival and Smart Futures to open their eyes to the variety of pathways available when pursuing careers in science, engineering or technology. The Smart Futures programme is managed by Science Foundation Ireland in partnership with Engineers Ireland to ensure students and their parents and teachers have ready access to young people working in science, engineering and technology. Students are encouraged to visit www.SmartFutures.ie to read about people studying and working in a variety of exciting areas from food science to cybersecurity.”

Jackie Gorman added,
‘The aforementioned research suggests there is a real urgency to ensure that young people are getting the best type of careers advice possible and by taking it beyond just the classroom and in to real working environments, we hope we are going in the right direction. We need to increase interest in these fields and work towards inspiring the next generation of scientists and engineers. If you are a second level student who is still undecided about your career path, the Midlands Science Festival which is due to take place this November will certainly provide plenty of stimulation and hopefully help you to make more informed decisions about your future options.’