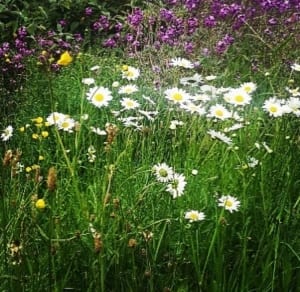 Biodiversity is the variety of life on earth, in all its forms and interactions. It is everything and everything from the air we breathe to the water we drink to the food we eat depends upon it. 1.7 million species of animal, plant and fungi have been recorded to date but there are likely to millions more. The extinction rate of species is frightening, thought to be 1,000 times higher than before humans dominated the planet. That rate is faster that the losses the earth experienced after a giant meteorite wiped out the dinosaurs.

Today is World Biodiversity Day and there a lot of  books about biodiversity, which can help us all understand how interlinked and inter-connected our world is and most of them are available from the local library system. The classic is “The Diversity of Life” by EO Wilson, the scientist who is considered to be the father of biodiversity and “The Botany of Desire” by Michael Pollan explores how biodiversity loss affects the foods we eat. EO Wilson in a seminal paper in 1985 “The Biological Diversity Crisis” described the natural world as a work of art that cannot be recreated once it is lost. “Each higher organism is richer in information than a Caravaggio painting, a Bach fugue, or any other great work.”

Scientists are interested in how much biodiversity there is  in the world as there is still to much to discover and understand. They are also like to study and understand how many species might exist in a particular ecosystem such as a forest, lake, grassland or tundra. A single forest can contain a huge range of species from beetles to deer and everything in between. Ecosystems with a lot of biodiversity tend to have good conditions for plant growth, such as the warm and wet climates we associate with tropical places in the world. Ecosystems can also contain species too small to see with the naked eye and looking at samples through a microscope can reveal a whole world of organisms and bacteria. The work of midlands pho tographer Tina Claffey has brought the beauty and diversity of the peatlands and its inhabitants of all shapes and sizes in to sharp focus [pardon the pun !] for lots of people, creating an awareness of the biodiversity in the midlands region.

There is no better place to explore and value biodiversity than in your own back yard and considering pollina tors is a great place to start.  Bees pollinate nearly 90% of plant species and they contribute to more than 35% of the world’s food supply. Give pollina tors an extra boost in your garden by planting a variety of wildflowers and native plants to provide nectar that will bloom throughout the season  You can encourage other pollina tors such as bats to s top by your garden by planting borage, corn marigold, cornflower, primrose and night-scented s tock.  A new Gardening for Biodiversity book by Juanita Browne is available by contacting the Heritage Office of your local council. It was produced by Local Authority Heritage Officers, with help from the National Parks and Wildlife Service and The Heritage Council.  Explore and grow wildlife friendly gardens/patios or balconies and choose wildlife-friendly fencing to allow some access to passing wildlife. Biodiversity begins at home !

Pho to – Jackie who works for Midlands Science has created quite possibly the teeniest tiniest meadow in the world in her back yard and it’s buzzing !!