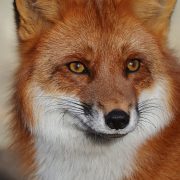 The term biodiversity (from “biological diversity”) refers to the variety of life on Earth at all its levels, from genes to ecosystems, and can encompass the evolutionary, ecological, and cultural processes that sustain life. The air you breathe, the water you drink and the food you eat all rely on biodiversity, but right now it is in crisis – because of human activity. The term biodiversity was coined by biologist E.O Wilson, who died in December 2021. He said “Look closely at nature. Every species is a masterpiece, exquisitely adapted to the particular environment in which it has survived. Who are we to destroy or even diminish biodiversity?”

In Ireland, National Biodiversity Week is all about connecting people with nature. It’s about communicating the importance of biodiversity and motivating people to play their part in protecting it. Midlands Science will be running a series of school workshops with Dale Treadwell of Naturally Wild and RTE Jr, exploring STEM through building natural geodomes and learning about nature and maths. A geodome is a spherical space-frame structure which is made up of a complex network of triangles. The linked triangles create a self-bracing framework that is very strong structurally and yet are elegant and beautiful.

A great resource for learning about biodiversity in Ireland is the National Biodiversity Data Centre, which works to make biodiversity information and data more freely available. It currently holds information on over 16,000 species in Ireland. You can add to their work through their app which is available for free online. Out for a walk and see a fox or an orchid or a hare, record it in the app and play your part in monitoring and protecting Ireland’s biodiversity.

Students Celebrate the World of Engineering 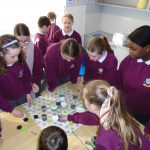 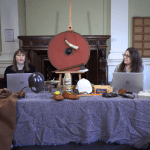