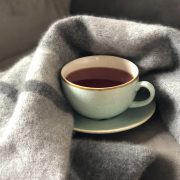 It’s one of the world’s most popular drinks, from a mug of tea to Earl Grey in fine china to a batch of Kombucha, everyone has a favourite tea. This fascinating drink has a great history and lots of science to consider. Tea is produced from the leaves of the plant Camellia sinensis and scientists have been studying the effect tea has on mood and cognition. A paper in Nature [outlook] in 2019 explained how researchers had found that tea drinking lowers the levels of cortisol, the stress hormone. Research is trying to establish what are the main compounds that give tea its benefits and if these compounds work in isolation or collectively.

Tea catechins — antioxidants such as epigallocatechin gallate— account for up to 42% of the dry weight of brewed green tea, and the amino acid L-theanine makes up around 3%. Epigallocatechin gallate is thought to make people feel calmer and improve memory and attention when consumed on its own. L-theanine is found to have a similar effect when consumed in combination with caffeine. Up to 5% of the dry weight of green tea is caffeine, which is known to improve mood, alertness and cognition. This means that tea is a bit of a paradox as it makes up feel alert and calm at the same time.

And we have to wonder is there a science to making the perfect cup of tea? We are sure there is and those who turn off the kettle just before it boils need to listen up! Alan Mackie of Leeds University’s School of Food Science and Nutrition has looked at this contentious issue of making the perfect cup of tea. First of all, you pour the milk as he found the proteins in the milk lowers the mineral content of the water and allows the flavour to be locked in. You also need to know how hard your water. How hard your water is determined by the amount of calcium and magnesium in it. The majority of water in Ireland is hard. Alan Mackie’s research found that flavour in tea is produced by the tannins and it’s more difficult with hard water for these compounds to develop fully. Also, if you like steeping the tea bag and removing it and then adding milk, you need to stop. Doing it this way means that the tannins turn into solids before flavours can develop. So if you want the perfect cuppa, it’s milk first, softened water and lots of practice. It turns out there’s a lot to know about tea and a great resource on all things tea is The Tea Book by Linda Gaylard, where you can learn about all types of tea and how to prepare them.

We Are Buzzing For World Bee Day! 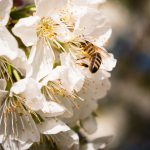 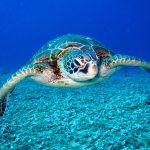