Did you know that seals, dolphins and porpoises are regularly sighted off our Irish beaches?
Well, we have more excitement on the way this November in the form of a wonderful organisation called, Marine Dimensions, a social enterprise dedicated to marine environmental education, research and conservation. The mission of Marine Dimensions is to enhance understanding and appreciation of marine biodiversity through education, research and community based participation.
We will be hosting a number of workshops during the Midlands Science Festival through the travelling School of Marine Biology, bringing biologists and sea creatures to the region and who knows maybe we will inspire some future marine biologists in the process! 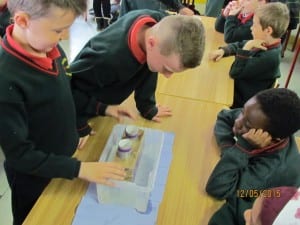 The Midlands Science Festival team was delighted to catch up with Fionnuala Doheny, principal of Scoil Mhuire this week to hear all about some of the wonderful achievements the school has had in science in recent years. Heading into its third year, the Midlands Science Festival promises over 90 events across the region this November, making it the biggest and best science festival the region has seen yet.

With some of the science based activities explored at Scoil Mhuire, it is back to basics such as learning all about what floats and what sinks or gaining an understanding of light and dark through the study of shadows, but more recently students have had the opportunity to build rockets and ipads have also been used lately to access science and engineering and maths information. The school recently worked with ‘Get Smart Media’ and completed lessons on graphic keyframe animation, frame by frame animation and video editing and computer programming. In addition to all of this, a number of pupils recently visited Tullamore Library to hear from a female speaker working in the world of engineering, 6th Class pupils visited Tullamore College science lab where they were shown science topics and experiments from the second level curriculum and some also had a visit to multinational company, Ericsson in Athlone where they were given a tour of the facility and learned about the research being carried out there.

‘There is a long history of achievement in science and maths in Scoil Mhuire and we are delighted to have been able to work with the staff and pupils over the past few years bringing in events such as the Science Bubble Show and the Reptile Zoo Village and seeing the impact these type of events have made. We have also been in a position to deliver JUMP Math to the school in partnership with Ericsson and the philosophy around this programme is founded on a belief that all children have the capability to perform well in maths but its methods aim to remove common myths and psychological barriers to effective learning in this essential subject.’

Scoil Mhuire has received several awards from Science Federation Ireland dating back to 2006 when the school first achieved Digital school status. In 2010 the school was awarded Science and Mathematics Excellence and this was repeated again recently in 2015.

‘Scoil Mhuire has always recognised the importance of science and maths and it has always been our goal to introduce an understanding and love of these subjects as early as possible in the classroom. It is our belief that once an appreciation of maths and a curiosity of science is established, often through fun activities such as maths trails, boat making or attending Midlands Science Festival events, it will stay with them forever and indeed many of our past pupils have taken up careers in the world of science and maths. This year two of our past pupils have achieved scholarships from the Naughton Foundation as recognition for their outstanding results in the Leaving Cert. Both students are taking up science courses at third level.’ 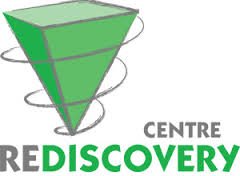 We are delighted to be bringing something very different to this year’s festival in the form of recycling. The Rediscovery Centre is a social enterprise dedicated to providing community employment and training via innovative reuse enterprises which use waste and unwanted materials as a resource and raw material for new product design.

Rediscovery Centre scientists, designers, business managers and craftsmen are united in a common purpose of sustainability through resource efficiency and life cycle design.  We are really looking forward to welcoming our friends from the centre as they bring demonstrations and educational activities to the region this year, which highlight the benefits of effective resource management and encourage everyone to REDISCOVER the value of waste.