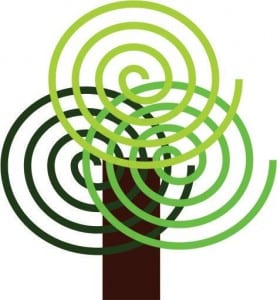 Midlands Makerspace are a creative community who want to develop and share their knowledge and skills and they are offering a number of workshops on Saturday November 15th as part of the Midlands Science Festival..   I recently caught up with Conor Brannigan to find out more….

What is a Makerspace and who can use it?

A makerspace is like a hackerspace, only we prefer not to use that term to avoid certain “misunderstandings” about our purpose.. It’s a space available to a loose group of people with a variety of different interests. We have people with an IT background who like to build small robots, do some programming, and talk tech. Some of our members are interested in sustainability, that is, growing food locally and at home, repairing things rather than disposing of them, repurposing broken or waste items, ways to use less energy in day to day life, small scale power generation, and so on. Some of our members are passionate about teaching computer skills to young people in a group environment, and teaching them basic tech crafts, such as building electrical circuits, or fashioning fun items from LEDs and breadboards. It’s hard to define, but we, and some of our friends in the local artists group who host us, believe in community involvement and participation, particularly for those who may not have typical interests and hobbies. We want people curious about technology, we want people who like to build things and share skills, we want them out of their houses and meeting like-minded individuals to chat, and work on projects together in an informal group setting.

What is your role in Midlands Makerspace Conor?

I wouldn’t consider myself as having a set role in the group, I think that we take on different roles and play different parts as they become necessary. Generally, I find myself being a facilitator of sorts, liaising with our friends in the local art group who support and host us in their building, I manage some of the web side of things, call some of our meetings etc. At times, people ask me questions about electrical theory and practice, engineering, or renewable energy and I’m happy to answer those if I can, but truthfully, we’re all learning from each other. The roles of teacher and student interchange rapidly.

What inspired you to get into this particular area of technology?

If you mean my trade and engineering degree, when I was 17 I needed work, and I thought that electrical work used a bit of brains and would keep me cleaner than some of the other trades. Well, I was wrong about the clean part. I studied Mechanical Engineering and Renewable Energy because, at the time, I believed that with enough skilled people in this country, we could revolutionise the power grid and tap into Ireland’s massive renewable energy potential. I still believe that, correctly implemented and managed, renewable energy would create massive employment and attract a lot of foreign investment and manufacturing firms interested in operating and building products with green energy.

If you mean why and how I got involved with the Makerspace, it was through a chance encounter with Jules Fitzsimons at a meeting of the local artists group. We had a chat about our ideas, and set up the group together from there. Jules is a member of many voluntary organisations, including hackerspaces in Dublin, so he knew the model, and what was needed to set it up.

Can you tell us a little bit about your renewable energy projects?

We are still in the building phase of the group itself, as it was only founded earlier this year – and I have a proposal/brief up on our group forum, and we may add another one for hydropower soon. As a group project, I’m proposing that we build a wind turbine from scrap parts. I have the skills to do it, but up until recently, I was lacking a workshop to build it in. More than one kitchen table has been destroyed in the past.. We’ve been discussing it in our group recently, and just yesterday evening I got some good insight on the safety braking system from founder member Robin Grindrod, and a new member, Amy. Rather than just build a wind turbine, I would like to get more people involved, even working on the different components as separate projects. I’d like people to see how easy it is to build technology like this from freely available scrap, and see how they can begin generating their own power at home. Another founder member, Bianca, was looking into biogas digesters recently, but we have yet to flesh out the finer details of that project.

Why are events such as the Midlands Science Festival important do you think?

Well, we want people to get out there with their interests. We want people to know that if you’re interested in science and technology, or just having fun building things, that there are like minded people out there that they might not ordinarily meet. I know, as well, that some of us believe that to find what you love doing, you need to try as many things as possible until you find the right fit. And the best time to do that is when you’re young, curious and open to new ideas. It’s imperative that young people meet science at an early age, get to try it on for size, get curious about it. People shouldn’t meet real science for the first time in a college or university, I think, they should experience it in their own spaces, and develop their passions before they try to pick a career path. We’re also fans of a big, inclusive community effort that celebrates knowledge and learning.

What advice would you have for young people considering a career in a Science or Technology area?

I could only give them the same advice that was given to me when I applied to AIT. Pick the course, pick the career that you would get up in the morning and do for no money whatsoever. Pick the thing that you’re passionate about, forget titles, pay, or status. And, the best way to find what you’re passionate about is to get out there and try as many things as you can, especially while you’re young. But, then, it’s never too late to start something new.