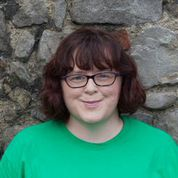 After weeks of running around trying to get a few important words from some of our key speakers, I felt it was time to grab a coffee with Jackie Gorman, the direc tor of the Midlands Science Festival to find out what its all about!

Jackie, you are the inspiration behind the festival – the largest celebration of science & engineering in the Midlands. Could you tell us about your role as direc tor of the event?

I don’t know if I’m the inspiration behind it but I’m certainly inspired by !! The festival has really grown out of a series of projects Atlantic Corridor has run over the years promoting science education with our local and international partners. The role of managing the festival involves everything from identifying potential speakers to creating new events and trying to find the right mix of activities for everyone from primary school children to the general public. It also involves working with partners, media, sourcing sponsorship and volunteers and making sure everything runs as well as possible. It’s only a small part of my overall role in Atlantic Corridor but it’s a very interesting piece of work as I find I’m as likely now to be reading New Scientist as the newspaper and some days, the scientific news seems a lot more interesting to me. I’m always noticing things and filing them away as a possible science festival event.

How did the idea for this festival originate?

The idea for a festival came about as a result of a couple of projects we’ve run in the area of science education promotion and specifically a number of science week events we ran in co-operation with science foundation ireland. The midlands is a large region and has never had a science festival and we felt there was a market there for such an initiative and in our first year, we attracted over 4,500 people to our events and had 33 events, so it seems we were right, people are interested in science. We were in fact overwhelmed by the reaction last year as it was our first year and at some events, it almost felt like people were just waiting for something like a science festival to happen as there’s amazing grassroots science activities happening in the midlands such as an amazing science club in Birr Library, the SPEAK organisation for gifted children, a plethora of coder dojos, maker groups, it’s amazing to be involved in trying to promote science in the region right now.

What are the core objectives of this festival?

The main thing is to create a buzz about science, not just in students but the general public and to help people to see that science is all around them and that it actually has an impact on our daily lives. It’s in everything from our mobile phones to our sun-creams. It’s about creating greater interest in science education and careers which of course benefits the midlands region in terms of being an attractive place to invest in. It’s also about creating a more scientifically literate public and this year that’s a theme we are really taking on board with some events we are doing with the UK organisation Sense about Science. Are all the events taking place in schools? No, we have a small number of events being hosted in schools but we also have events in colleges, libraries, bars, shopping centres and the idea is really to bring the science out to the public and make it fun and accessible. In a way it’s about engaging people with science and the wonder of science, without them even realising it is science as some people may have hang-ups and think they didn’t like science in school or it’s not for me but when people engage with events like alchemist cafes, they surprise themselves by really enjoying what they have learnt and of course they are learning without even realising they are. So whilst schools are important for us in terms of engaging with primary and secondary school students, it’s just one small part of the overall programme.

Who can attend the festival?

The festival is open to everyone and we have a great selection of public events this year. Particularly popular are the alchemist cafes which are really about having a public debate and discussion on issues in science. This year we will be covering topics such as diabetes, mental health, pseudoscience and how to be an informed consumer and our immune system and how it works. These are fascinating topics that everyone has an interest in if they think about it – we all want to be healthy, to have good mental health, to know how to make informed choices as a consumer. The festival is also very open in that we encourage people to come along and ask questions and share their views on science and how it impacts their lives. We have some amazing speakers and it’s a unique opportunity for people here in the midlands to ask questions and debate with some top class scientists. For example, Professor Luke O’Neill of TCD who has been a great supporter of the festival since we started, is back to us again this year and this year he’s even more a science super-star as he has just been listed in the top 1% of scientists in the world for his amazing research in to the immune system.

How will the festival be helpful in helping to attract more young people in to science related careers? Are there any specific events focusing on career guidance?

This is of course a core objective for us as the midlands region has one of the lowest rates of progression in the state to science and technology courses at third level and this has an impact in terms of the region’s attractiveness for investment as skills are a key issue in decision making about a location. We have a number of careers workshops with Cpl, a recruitment company which has a particular expertise in the science and technology sec tors.  We also hope that the general fun events will also have an impact on people’s perception of science studies and careers as parents and teachers also have a strong influencing role in how students decide what to study and what kind of jobs they might like. I think it’s all about showing people the discovery, fun and variety that can lie at the heart of a career in science.

What is your favourite science fact?

A neutron star (what remains after a Super Nova) is so dense that a portion of it the size of a sugar cube would weigh as much as all of humanity. Brian Cox talked about this one day on his radio show and I’ve always remembered it, I think it helps to put life in to perspective.