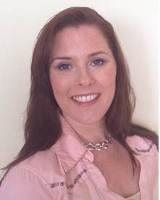 We are delighted to be bringing Famelab back to the region this year for a special event which will take place in Mountmellick Library for students on Friday 13th November. We caught up with one of the Famelab performers to hear more…

Suzanne Dunne is a microbiologist who has also dabbled in a bit of molecular biology. A few years ago, she made the leap back into research and in 2014 she completed a PhD with the Graduate Entry Medical School in the University of Limerick.

What first inspired you to pursue a career in science?

I don’t know that my goal was ever to pursue a specific career in science. All I know was that from an early age I always wanted to know how things worked – and that curiosity, I think, leads you towards wanting to study science – or at least it did for me. So I followed my interests and curiosity and did my first degree – a Batchelor of Science. I ended up majoring in microbiology and minoring in biochemistry because those subjects appealed to my interest in how the human body worked and particularly in relation to how illnesses and diseases were caused. Because if you understand the cause, it’s a big step on the way to finding a cure. And of course as a microbiologist you also learn how to make interesting things like yoghurt and beer and antibiotics!

From there, I was offered the chance to do a Master of Science degree by research and I worked in the area of host-microbe interactions for two years. This work moved me more into the area of molecular biology, which is an understanding of how illness (amongst many other things) works at the molecular level. When I finished this degree I got a job in the pharmaceutical industry – due to the expertise I had gained in both of these degrees – and while I started off working in a lab, I have moved into many different areas over the years and I now work in Quality Management and Regulatory Compliance.

Some of the experiences I had during my time in industry sparked another curiosity in me and led me to eventually returning to University to pursue a PhD (which is a doctorate degree), which I was awarded that at the end of last year. For this degree I did research into usage of, and opinions towards, generic medicines, and also on the accuracy and availability of medical and healthcare information that is available to people on the Internet. Some of the work that I’ve published in this area has been quite influential and was recently presented to the Irish government and to the EU Commission. Also, a recent report from the Oireachtas Joint Committee on Health on the cost of prescription medicines in Ireland was directly informed by my research, and my work led to three of the recommendations made in this report. As most scientists aim to see their work have some impact in the world, having my research directly influence government policy and decision making is something I’m very proud of, and if I’d never made the choice to study science in University, I would never have been able to do that.

Suzanne, why are you such a firm believer that science should be communicated in as fun and audience-friendly a manner as possible?

I think that sometimes people are a bit afraid of science because they think that it’s complicated and will be too difficult to understand – but a lot of the time this isn’t the case at all. It’s a bit like speaking another language – if you don’t speak French, you might not understand what’s happening when you visit Paris – so if you haven’t studied science you might find it difficult to understand because science has a language of its own. But that’s not to say that it can’t be translated.

So, for me at least, that’s where making science ‘audience friendly’ comes into science communication – that translation from science-ese into English. And so many aspects of science can be amazing and even mind-blowing – those ‘wow’ moments when you discover something new or find out something you’d been curious about for ages. When you see how amazing technology can be or when you can have a greater understanding of how the universe works – or even how we, as humans, work. In fact, some of the most amazing science, in my opinion, is in biology (although I also have a love of physics – even though I don’t understand a lot of it!). Some of the best science isn’t just fascinating – it’s also disgusting , but in a good way! And if you’re into icky side of things, you’ll have to come along to the talk I’ll be giving at the Midlands Science Festival where I’ll be telling everyone about fascinating, yet icky, science at its best!

What can we do to encourage more people to study science?

I think that humans are naturally curious, and it’s that curiosity that has led to all of our scientific and technological advancement. Someone seeing something and wondering “Hmmm, I wonder what would happen if…” or “I wonder how that works…” and the like. So encouraging that natural curiosity in school would help. And also de-mystifying STEM subjects and topics and improving exposure to good science communication might also be a good path to take in this regard.

Also, I think there’s a bit of a misperception out there that science is ‘hard’ and studying it means that students might be more open to failure, but I don’t think that’s the case. Having science festivals like the Midland’s Festival can only help in dispelling such myths and getting today’s students – who are tomorrow’s scientists – to see that science is about curiosity and exploration. It doesn’t matter, for example, if you’re not good at maths, not all science is mathematical in basis; and besides which most scientists work in teams so if you need to do statistics, for example, for a project, then chances are you can ask a statistician to help you – and not have to worry about doing the stats yourself, if that’s not your cup of tea. Science is varied and multidisciplinary, so scientists must be varied and multidisciplinary people – and once you find the area of science that you love and want to pursue, it won’t be hard, it will just be amazing. (although there may be a tough exam or two along the way…)

Tell us about your exploration into the inner workings of the pharmaceutical industry and how the medicines we take are regulated and manufactured? What was most interesting about this?

I’ve worked in many different areas within the pharmaceutical manufacturing industry for nearly 20 years. So this means that I’ve gained a really good knowledge about how our medicines are invented, developed, approved for use, manufactured and monitored. I’m not sure if I could pick one area that I found most interesting, but generic medicines and the similarities and differences between them and proprietary (or brand-name) medicines is part the space that I worked in for my PhD, so that must have been one of them!

What is quite interesting in this industry is to get the see the enormous amount of work that has to be done – often over many years – to get a new drug onto the market. And also the work that happens at a regulatory level – on a national and international basis – to ensure that our medicines are safe and effective. I recently had the privilege, though having been involved with FameLab, to present my research at an EU Commission conference which was held to celebrate 50 years of pharmaceutical legislation in Europe. That meeting gave me a much fuller appreciation for all of the people whose work is all about making sure that our medicines are safe and effective, and that there are paths in place to get new medicines to patients for illnesses that might not have treatments available at present.