In conversation with: Avril Ryder

What inspired you to pursue a college course in maths?

I always enjoyed Maths at school, but was afraid I wouldn’t be able for the content at third level. I chose UCD Science so I could get some experience of Maths and Physics before committing, and I found myself continually interested in the problem solving and logical thinking involved in a maths degree.

Was there a good focus on STEM in your school in Longford?

I went to Wilson’s Hospital School in Westmeath, where I had a great Maths and Physics teacher for all six years. Her teaching gave me a solid foundation on which to build at university level, and left me with no doubt that I could succeed as a woman in STEM.

It was good to hear in your Vlog that you like the creative aspect of your previous work in Avolon.. What led you specifically to aircraft engineering and what does that involve?

I realised while working at Avolon that I was primarily interested in working with actual aircraft rather than the leasing aspect of the business. Aircraft engineering was the best route to this type of career, and my course at Cranfield studies the dynamics of an aircraft in flight, the forces acting on the airframe, the performance and efficiency of the aircraft during take-off, cruise and landing, and the safety requirements of different aircraft types. A mixture of maths, physics and engineering principles are used in our analysis.

What has been the most interesting aspect of your third level studies so far?

In terms of mathematics, my most interesting module was about cryptography, and the types of ciphers used from historical WWII communication to the present day methods used to protect our data online.

In terms of aircraft engineering, I got to attend multiple test flights in a Jetstream 31 aircraft, where we performed different manoeuvres and analysed the flight data afterwards to determine the performance of the plane. It was really interesting and fun to see the theory in action on an actual aircraft.

What does the future hold for you career wise in a perfect world post pandemic?

Ideally I would like to pursue a career in flight testing or aircraft design. It would be interesting to be part of some new developments in the aviation industry in the coming years, where the focus will be on making flying more friendly to the environment.

What advice would you give to a young person still at school who is considering a future in science or engineering?

Go for it. Don’t be put off applying to a science or engineering course because you think, or have been told, it’s too difficult. If you have a genuine interest in a subject at school you’ll be amazed at how much you’re capable of and how much you can achieve at university level and beyond. There is no stereotypical mathematician, engineer or scientist – anyone can work in STEM.

In conversation with: Sandi Ndebele 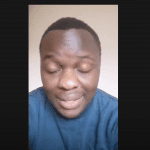 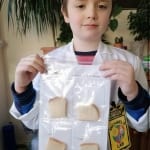