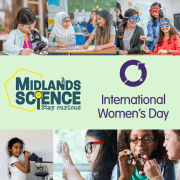 International Women’s Day takes place on March 8th and is an opportunity to talk about how we can all make a difference in the work we do with regards to gender equality, equity and inclusion. The theme this year is #breakthebias. It cuts across all areas in society and life and is of course relevant to science, technology, engineering and maths [STEM]. According to research, there are well over 100,000 jobs in STEM in Ireland. However, while women have made huge progress in some scientific fields, just 25% of those working in Ireland’s STEM industries are women. Recent research by Accenture Ireland has highlighted the continuing disparity between young women and young men when it came to their future careers. Only 29% of those surveyed felt that students are given enough information about potential future careers while they are in schools, but females are less likely to think so – 20% versus 39% males.

As an organisation committed to an equity informed approach to science outreach, Midlands Science has made a deliberate decision in its programming to target gender as an issue  in its programme curation and recent years have seen a 10% increase in female participation and role models are key to this approach. The voluntary board of trustees of Midlands Science is currently 57% female and the independent expert advisory group is 66% female. This includes Caroline Brazil, Accenture, Dr Aisling Twohill, DCU, Anne Scally, Pro-activ HR, Dr Helena Bonner, RSCI, Patricia Nunan, Hibernia College and Anne Naughton, TUS Midlands Midwest. These women who work in technology, education, science and recruitment all understand the need for greater female participation in STEM and the reasons are not just about diversity and inclusion. Science functions best when it considers a wide range of different perspectives and responds to the needs of everyone in society. When science excludes women, it excludes talented future scientists, as well as fresh perspectives that could be used to approach problems in a different way. In general, research has shown that diverse workplaces are happier and more productive, suggesting that STEM organizations and companies could do better for themselves by being more inclusive.

This has practical implications. For example, in 2017, a study by the University of Pennsylvania School of Medicine found that men’s odds of survival were 23% higher than women when it came to resuscitation in public.  The study found receiving CPR in public in general is still rare, and there was no significant gender difference when it came to CPR in the home. But in public, researchers said the data could indicate that people are less comfortable delivering CPR to a woman they do not know because it requires touching the chest. A “Womanikin” was developed in respond to this research. This meant adding breasts to mannequins to  normalise giving CPR to a woman. While CPR training is now thankfully common, most people still learn on a male torso and that torso was probably designed by men, so the difference in outcomes a design might make wasn’t thought of sufficiently at design stage. It’s the same for car crash dummies. It is only recently that car manufacturers have used female car crash dummies in testing. Dummies for decades have been based on the average, 50th percentile male body. According to a 2011 University of Virginia Center for Applied Biomechanics study, that meant female drivers involved in crashes had a 47% greater chance of serious injury than their male counterparts, and a 71% higher chance of a moderate injury.

You can learn more about International Women’s Day on www.internationalwomensday.com and by searching the hashtag #breakthebias.

Getting ready for Engineers Week 2022 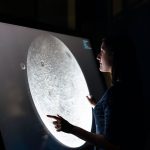 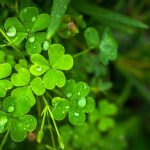