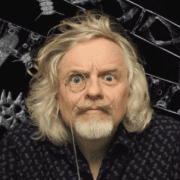 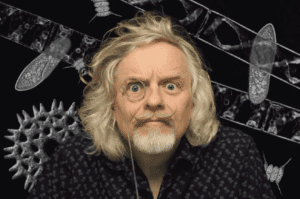 We are thrilled to have science performer and BBC One Show’s resident scientist , Marty Jopson partaking in this year’s Midlands Science Festival. We caught up with Marty in advance of his shows which will take place in Co. Laois this November..

Marty, what inspired you to pursue a career as a science performer?

After being a research scientist for several years I came to the conclusion that I was always going to be better talking about science than I was doing the research. Also, I’m too fickle and too interested in too many areas of science to focus on one research area. So, I got myself on stage and in front of a camera and started trying to share my own enthusiasm for science.

What kind of things can people expect to experience at your shows?

The Invisible Worlds show I’ll be putting on is my chance to show people a completely hidden world that is literally at our fingertips. I’ll have some top of the range microscopes to show the audience things that are impossible to see. There will be some gross stuff, some freaky things and even some samples taken from the audience.

Why is it important for those working in science to take part in such events as the Midlands Science Festival?

Science is not an optional extra in our 21st century society as pretty much everything around us has a basis in science or engineering. My job and the work of other presenters at the Midland Science Festival is to enthuse the public and give them a look into that science, since if you don’t understand what its all about how can you really participate in our modern democratic society? That’s the serious answer, but really its all about fun. Science is just cool and interesting and that is generally what drives me to do what I do.

What contemporary scientific issue are you most concerned about?

Climate change. This is the most important issue right now and will be for decades to come.

What is your favourite science fact?

Too many to chose! Generally it’s the last thing I found out. Currently researching a new material science show and the science behind mobile phone screen technology is awesome.

Or – if you want a single fact…

The speed of the tip of a whip is over 1,400 km per hour. Which is faster than the speed of sound so what you hear when a whip cracks is a sonic boom.

Tweets by @curiouskim1
Talking STEM Careers with the Next Generation … 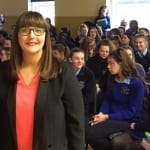 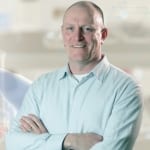