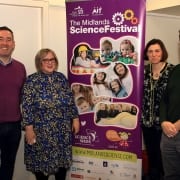 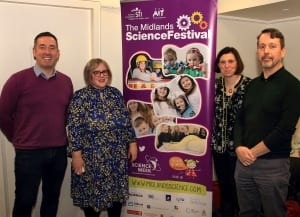 We hosted a packed event earlier this week in  Athlone Library which explored the accident at the Chernobyl Nuclear Power Plant which took place on April 26th, 1986. The radiation exposure to the Irish population, as a result of the Chernobyl accident, has been estimated based on the large number of foodstuffs and environmental samples measured at the time. It was calculated that Chernobyl resulted in an approximate three per cent increase in radiation exposure to the average Irish person in the twelve months following the accident. We were delighted to see so much interest in this fascinating topic which was another reminder that science really is all around us.

Science teacher, writer and birdwatcher Rory Duffy explored the science of Chernobyl and his recent visit to the site. The discussion was moderated by toxicologist, Dr Craig Slattery of UCD and was joined by Prof Gillian O’Brien of John Moores University Liverpool. Gillian has a special interest in dark tourism and the human fascination with disaster sites.

Tweets by @curiouskim1
Community working together for climate action 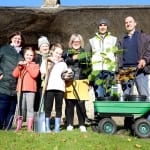