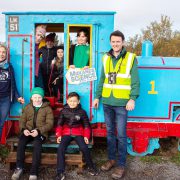 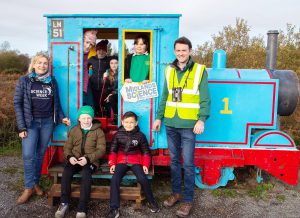 Midlands Science was delighted to recently present a full week of free interactive science and exploration as part of national Science Week. With plenty of virtual events ranging from entertaining animal workshops with Dublin Zoo and the National Reptile Zoo to informative public talks on subjects such as ‘Joint Health’ and the ‘Science of Chocolate.’ It was therefore no surprise that thousands of people attended this year. Most events were all held on a digital platform this year due to the ongoing pandemic, but the positive part of that was that more people from all over Ireland and not just the Midlands, were able to access activities than ever before.

‘I’m delighted at the success of our ninth Midlands Science Festival, which as promised was event bigger and better than the one we ran last year during Covid19 times. It was wonderful to see so many schools registering for workshops which all pupils could access, as previously these events may only been available for a few classes. Organising such a largescale event online is certainly a challenge, but one we have really enjoyed and I wish to thank Science Foundation Ireland, all of our partners, speakers, performers and sponsors once again for making this all possible.’

It was great to see audience of all ages, ranging from school pupils and teenagers to highly respected science experts, communicators participating this year. The festival is a fantastic way to really capture the imagination and show people that science can be fun. A large number of Midlands students also had the opportunity to avail of some high-level careers advice from companies such as 3M, Irish Manufacturing Research, Cpl Recruitment, Accenture, IPCC, The Royal College of Surgeons, Ireland and many others this Science Week.

Royal Society of Chemistry Education Coordinator, Ireland Dr John O Donoghue, spoke about the online event exploring ‘Sugar and spice and everything science – the Science of chocolate’ where scientists Christine Campbell and Craig Slattery explored everything from why we like the taste of some chocolates more than others to creating the perfect chocolate sauce. This event which was a huge hit with schools and families alike during Science Week.

“It’s fantastic to see more chemistry during science week, especially something so accessible to lots of different audiences like the Science of Chocolate. The video is very professional and engaging, we’d love to see more initiatives like this in the future!

Midlands Science was also delighted to partner with Bord na Móna for this year’s festival in providing a guided walk and talk at Lough Boora Discovery Park in Co. Offaly. At this event, Bord na Móna safely hosted a number of young pupils from Kilcormac and provided an overview of the ecological, environmental and cultural value of raised bogs while also focusing on the biodiversity features of interest available at the Lough Bora Discovery Park.

‘We have been overwhelmed by the level of goodwill from local media, our providers and many other organisations and individuals throughout the region. The large public turnout shows the appetite for this type of online event and after another successful year, we can hopefully look forward to bringing the Midlands Science Festival back to this region again.’

The virtual Discovery Day which was supported by Integra LifeSciences drew an audience of thousands of young people nationwide and included the Exploration Dome, the Reptile Zoo, Anyone 4 Science, Dale Treadwell’s Dinosaur Show, Anyone4Science and more. People of all ages had the opportunity to explore the night’s sky and learn about the science is Superheroes as well as meeting some very interesting reptiles and dinosaurs and this was all done online. Science Week is a wonderful opportunity for young science enthusiasts and their families to see what’s new and innovative in the world of science and technology.

‘We were delighted to work with Midlands Science to ensure that our pupils had the opportunity to avail of events for Science Week and this has been a real treat for them after this past year and a half. It is extremely important that schools provide as many young people as possible with inspiring experiences of science and to encourage them to consider science as a subject choice when they are older. The workshops that are run by Midlands Science extend our pupils’ understanding of day to day science but also provide an opportunity for creativity and learning which is what science should be all about, especially for younger children.’ 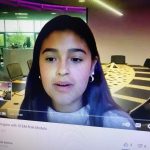 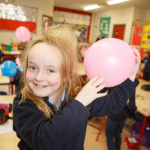