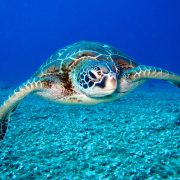 World Turtle Day takes place today, May 23rd and they are a fascinating creature to consider. The day was created as a yearly observance to help people celebrate and protect turtles and tortoises and their disappearing habitats around the world as well as to encourage human action to help them survive and thrive. It’s time to shellebrate!

People often use the terms tortoise and turtle interchangeably but they are different. Turtles sometimes live in the water, while tortoises only live on the land. Turtles can live up to the age of 40 and have flat and very streamlined shells. Tortoises can live up to 300 years old!! They have larger and more dome-like shells. Currently the world’s oldest tortoise is a sprightly 190 year old male called Johnathan. He is a Seychelles giant tortoise (Aldabrachelys gigantea hololissa), and lives on the  South Atlantic Island of St. Helena, a volcanic British Overseas Territory.  Jonathan arrived in St. Helena as a gift to Sir William Grey-Wilson in 1882, who later became governor of the island. Since that time, he has seen 31 governors come and go and he lives with three other giant tortoises – David, Fred and Emma.

It can be confusing as all tortoises are in fact turtles – meaning they belong to the order Testudines or Chelonia, meaning they are reptiles with bodies encased in a bony shell, but not all turtles are tortoises. The most important thing to remember is that tortoises are land creatures. Tortoises can be easily recognised by their hind-limbs and feet which are elephantine. Tortoises are generally vegetarians whereas other turtles are omnivorous.

To find out more about these fascinating creatures and their ecology, check out www.worldwildlifefund.org and we’d recommend ‘Follow The Moon Home’ by Phillipe Costeau and Deborah Hopkinson, a great book for young readers to explore the world of this fascinating creatures.

Brewing Up – The Science of Tea! 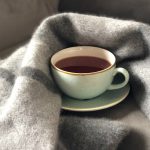 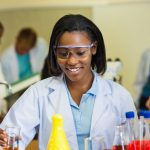